« 12 Ways to Protect Your Valuable Domain Names | Main | My Cannes Moment: Why I’m Leaving My Dream Job at Tucows »

The Symmetry of the Force: The Personal Story Behind the Donation of DarthVader.com to Lucasfilm

Today’s a special day for me because it represents an important aspect of my life coming full circle.

In May of 1977, as a young boy, I went to the local cinema and saw a film that changed my life.

That film was Star Wars. 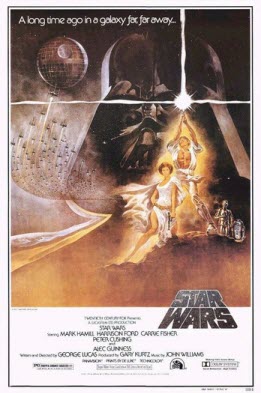 Star Wars changed my life because it was the first film that got me really hooked on the behind-the-scenes art and science of filmmaking. I was captivated by the sights and sounds of this unique story, and I wanted to understand how George Lucas and his team of talented craftspeople brought his vision to the silver screen. I sought out and read everything I could on the subject. I became so fascinated by filmmaking, in fact, that after graduating from high school I enrolled in a four-year filmmaking degree program at university. I subsequently spent the first ten years of my professional life working in the film and television industry.

But along came “interactive multimedia” and I got hooked on the “new media” of interactive Laserdiscs, CD-ROMs, Bulletin Board Systems, and a new-fangled thing known as the Internet.

Fast forward to 2012, and it’s been two decades that I’ve been working in the interactive and online space, with a major emphasis the last five years on domain names.

A few months ago I was browsing a list of expired domain names from the Tucows domain name expiry stream when one name leaped out at me:

At first I thought it must be a typo or something. Surely, I thought, there’s no way the valuable domain name DarthVader.com could have expired? But, sure enough, upon further investigation, I was able to confirm that the owner of this domain name had indeed abandoned it. So, in my role as the Vice President of the Tucows Domain Portfolio, I let the domain go through the standard expiration period. Then I renewed it and held it for the entire redemption period, giving the former owner every chance to renew and reinstate the domain name.

When it became obvious that the former owner had officially abandoned the domain name, I reached out to the interactive media folks at Lucasfilm and offered to donate the DarthVader.com domain name to them. You can read the rest of the story in the official (albeit slightly wacky) Tucows press release about the donation of DarthVader.com to Lucasfilm.

For me, this is not only a fantastic “good news” story, since a charitable effort that is near and dear to my heart will now get some much needed support, but this also represents perfect symmetry for me. After 35 years, I was able to finally connect my current passion for domain names with my age-old passion for filmmaking and the one film that got me hooked in the first place.

Thank you to George Lucas for creating Star Wars, and thank you to Tucows for agreeing to this donation.

May the force be with you.