« The Symmetry of the Force: The Personal Story Behind the Donation of DarthVader.com to Lucasfilm | Main | Pricing Guidelines for Startup Domain Names »

My Cannes Moment: Why I’m Leaving My Dream Job at Tucows

It’s official. Next Friday, April 26, is my last day at Tucows.

That’s the what, and it’s pretty straightforward. Perhaps you already knew.

The why? Well, that is more complicated. It relates to something I experienced over two decades ago…

The year is 1989, and I'm a twenty-something film school graduate working in the independent film scene in Toronto. I'm privileged to be working as the Production Coordinator on up-and-coming director Atom Egoyan’s first 35mm feature film, Speaking Parts. As the project nears completion, we receive some fantastic news: Atom’s film has been invited to have its world premiere at the prestigious Cannes Film Festival. 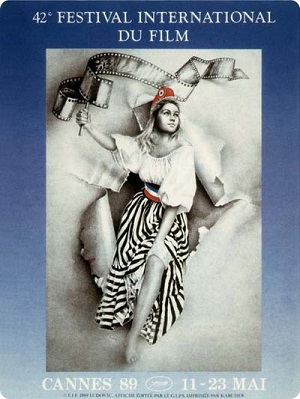 This is a huge deal if you are a filmmaker since the “Festival de Cannes” is the most important film festival and film launching pad in the world. To have your film invited to Cannes means the film and its cast and crew will literally be on the world stage.

My colleagues invite me to tag along with them to the festival, and I give the idea some serious consideration. After all, how often does one get such an opportunity? But because I'm unsure of whether it will lead to work for me, and because I am nervous about spending money on a flight and hotel without having a guaranteed outcome, I decide to turn down the invitation.

I have regretted that decision ever since.

Although I'm not one of those people that live in the past, I sometimes remind myself of my Cannes decision. Rather than beat myself up about it, I use it constructively to remind me that when life presents unique opportunities to you, once-in-a-lifetime opportunities, you should recognize and seize those opportunities even if there is some risk or uncertainty.

I have told my nieces and nephews my Cannes story because I want them to understand that life is short and you should try to recognize those magical opportunities and “go for it” while you still can.

Twenty-four years later, I'm working as Vice President of the Tucows Domain Portfolio and loving every minute of it. It's my dream job: I’m at an innovative company doing cool new things, business is great, and I'm working with some of the brightest and nicest people I have ever known.

But there are some big changes coming to the Internet.

Starting this fall, the first of hundreds of new gTLDs (new domain extensions beyond .com like .web, .shop, and .film) will become available. This is the single largest expansion of the domain name space in the history of the Internet. Because of this, hundreds of millions of dollars are being poured into the domain name industry and new domain companies and opportunities are emerging every day. Over the next five years you are going to be hearing a lot more about domain names, especially when the marketing blitz for these new gTLDs begins. (Here’s a tip for my friends in marketing: start brushing up on your domain name knowledge right away, a lot of these new gTLD companies are going to need your help!)

On top of this is the reality that over the next decade hundreds of millions of people from Africa and Asia will be going online for the very first time. The global online population is set to explode, and along with it the need for domain names – and expertise about domain names.

I’ve had a ball working at Tucows the last five-and-a-half years, and I'm enormously grateful to the company (especially Ken Schafer, Elliot Noss, and my amazing Canadian and US teams) for giving me the opportunity. I’ve never worked at any place this long, and if I could clone myself I’d stick around Tucows forever. It’s that great a place.

But as I look at the changes coming to the domain name space, an area I have been oddly obsessed with since registering my first domain name in 1994, I realize the time has come for me to perform another “career reboot”.

Over the last few years I've discovered that what I really love doing, more than anything else, is helping people and companies with their domain name challenges. More specifically, I love domain name consulting, especially working with startups, entrepreneurs, and marketers to find and buy their ideal domain name. So, after much reflection and soul-searching, I’ve decided to leave Tucows to do domain consulting and domain buyer broker work full-time under my own new brand.

At this point in my life and career, this change feels like the right thing to do, even if it is scary at times and even if there are no guarantees of success. This is my dream, and I'm going to pursue it wherever it takes me.

Unlike my Cannes decision, I don't want to regret not having given this opportunity a shot. I don't want to be sitting somewhere in a few years, all bitter and resentful because I didn’t at least try to make my domain name dream a reality. 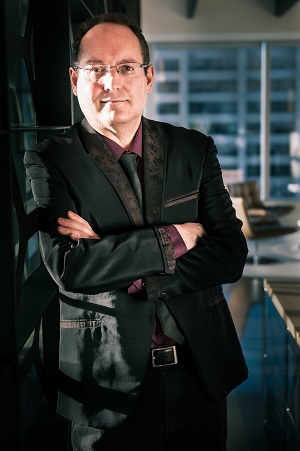 P.S. Stay tuned for future announcements and details about my new domain consulting firm, including its name. Until then, you can phone me at 416-203-7033, connect with me on LinkedIn, or follow me on Twitter. And if you’re planning to attend the T.R.A.F.F.I.C. conference in Las Vegas in late May, let me know. It would be great to connect in person.

You're the king. But you already knew that. Best of luck man... you'll be missed!

Congrats on your new direction.

You are and have always been a class act so I am surte you will succeed at this as you have always suceeded.

I'm a HUGE fan of reinvention (as you know). I'm happy for your decision. Super, uber happy.

I, too, regretted 1 decision I did not make years ago. I wrote about it on Michael Port's blog (see http://tinyurl.com/bqnffxl ). It only came up for me as I looked back 20-years and asked myself what was I doing.

I don't like to live with regrets. In fact, as this one came up, it left me with a gross feeling. But like you, I've decided to transform that regret into something amazing. To turn that energy of regret into one of pursuing my current goals relentlessly.

So kudos to you, my friend. Pursue your next step relentlessly. And who knows, that opportunity you turned down so long ago may very well show up in a different way.

You will definitely be missed here at Tucows Bill!

Thanks for the kind words and the many years of hard work in helping make Tucows so successful.

Congratulations on your next big adventure, Bill. Carpe diem!!

Bill, best of luck and I hope to bring you some business!

Congrats Bill, looking forward to hearing more about your next adventure as it evolves!

Congratulations, Bill! I have enjoyed being a lone wolf for 10 years, and I hope you enjoy the same.

thanks for all your hard work bill. you are a pleasure to work with.

Congratulations Bill. You are a wonderful, brilliant, insightful domain expert. Tucows was lucky to have you for a time. Now is the time for you to soar.

Congratulations Bill! Keep up the great innovation and inspiration.

Congrats Bill! I hope your work takes you out to the left coast soon so I can weasel a beer out of you; It'll be a tax write-off now! :)