« New gTLDs – Aren’t We Forgetting Something? (My DOMAINfest Asia 2016 keynote) | Main | The Seven Deadly Mistakes to Avoid When Buying a Domain Name from Someone Else »

Why I Paid $1,500 to Rescue Oliver Stone's Domain Name

I make my living as a domain name buyer broker helping entrepreneurs acquire their dream domain names, but in my spare time I like to help people solve their domain name problems, even if they aren't aware of the problem in the first place.

One way I help is by rescuing expired domains from a treacherous fate. For instance, over the last decade I've rescued domain names for artists, musicians, actors and other people and causes I admire, including Freddie Mercury, Phil Collins, and 'Darth Vader'.

Most of my pro bono domain rescue projects I do in a low-key manner and don't discuss publicly. I have decided to share the details of my recent rescue of OliverStone.com, however, because there's a valuable lesson in this about the perils of letting others own your personal domain name. 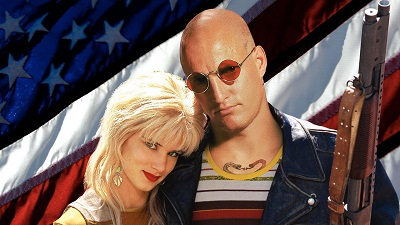 In January 2012, according to a report in Domain Name Journal, filmmaker Oliver Stone (or someone representing him) purchased OliverStone.com from a domain speculator for $6,000 USD. Later that same year, The Oliver Stone Experience, a Website devoted to the filmmaker's life and work, was launched on the domain.

Mr. Stone's domain name was registered to, and managed (badly, as it turns out) by media conglomerate Universal City Studios. Someone at Universal dropped the ball and let the OliverStone.com domain expire on October 16, 2016. This took Oliver Stone's Website offline for over a month. Had I not intervened, this valuable domain name, and its accompanying Website, could have ended up being lost in cyberspace.

Regardless of whether you’re an Oscar-winning film director or a member of the general public, having your important domain names registered in the name of a third party instead of your name is inherently risky. If that third party fails to renew your domain name, as was the case here, it can be difficult or impossible for you to retrieve the domain name since, legally and technically, you are not the owner and never were.

The expired domain OliverStone.com eventually ended up in auction at a domain marketplace where, thanks to a tip from domain name investor and blogger Elliot Silver, I purchased it for about $1,500 USD on November 24, 2016, which coincidentally happened to be Thanksgiving Day in the United States. A few hours later, the domain was safely in my possession and I reinstated the original domain name servers, thereby bringing Mr. Stone’s Website back online.

I then contacted Oliver Stone directly to make arrangements to transfer ownership of the domain name back to him. The domain is now in Mr. Stone’s possession, and he reimbursed me for my $1,508 hard cost.

By now you may be wondering why I spent $1,500 to buy this domain name and return it to Oliver Stone.

Here’s the thing. I'm a lifelong film fanatic, a former film critic, and I worked as a producer and director in the film industry for many years. I've long admired Oliver Stone's work, especially his fearlessness at tackling controversial subjects. I didn't want this 19 year-old domain to fall into the wrong hands because Universal City Studios had failed to properly safeguard Mr. Stone’s domain. At best, Oliver Stone (or Universal) would have been forced to buy the domain name – yet again – off another domain speculator. At worst, the domain could have been held hostage for years and never returned to its rightful owner.

I also wanted to make sure Oliver Stone's Website was reinstated as quickly as possible so that his bold voice could continue to be heard the world over.

P.S. Some of my favourite Oliver Stone films are Wall Street, Platoon, Natural Born Killers, JFK, and Born on the Fourth of July. His most recent film is Snowden, which I was privileged to see recently here in Canada. Snowden is arguably Stone's most important film because it bravely explores the controversial and timely story of NSA whistleblower Edward Snowden. Sadly, this film was not picked up for US distribution by any of the major Hollywood studios, so I encourage you to seek it out. It deserves to reach a wider audience, especially in the United States.

Good man and a nice gesture, but If this did fall into wrong hands couldn't oliver or his people have just filed a udrp. Like the kardasians, Robert downy jr, Tom cruise plus more.

Awesome job Bill. I'm a big fan of his work as well but had no idea the domain expired. All of his movies are true masterpieces. I really like Born on The Fourth of July, JFK and The People vs Larry Flint and rewatch them regularly. Great job!

That was a good thing you did.

You'd show good gesture for the rich and famous. Had it been a business or lay person, there would be a price to pay for personal gain. Or is it not? If this is good gesture, then what is snapping expired names (an industry standard) and holding their original owners hostage? Just an observation.

Some people can't wrap their head around someone doing them a favor. I tried to give TheDonald.com to Trump, in person, years ago, and also tried to give Darren S. Cahr his son's Domain Name, only to be rebuffed.